How do your genes control the lipid levels in your blood plasma?

How can two people lead the same unhealthy lifestyle and yet, one person remains healthy while the other develops fatty liver disease, and is waiting for a liver to become available for a transplant? The answer was discovered in a laboratory in Texas. Helen Hobbs MD is one of the leading bioscience visionaries with her novel lipid metabolism research to improve human health. She is Director at the McDermott center for Human Growth and Development which serves as the Center for Human Genetics at UT South Western.She has recieved Germany’s highly respected Heinrich Wieland prize for her research on lipids. This prestigious prize is given annually to an individual who has conducted outstanding research.

Her interests in fatty liver disease began when a pediatrician approached her. He had several Hispanic children who were quite obese and had developed fatty liver disease. Dr Helen Hobbs began to search for a genetic answer to explain this observation and you may click here to read the 2011 summary of her results published in the journal Science entitled, “Human fatty liver disease: old questions and new insights”. 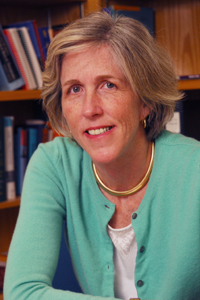 Faced with the discovery that there is a gene that can predict which person may develop liver cirrhosis or liver cancer, what is the ethical way to handle the knowledge when a 3 year old in a family with this disease also has this gene. Which means this child will have to take extreme precautions. One of them is to prevent getting obese and remain super fit. How do you tell a 3 year old?

African Americans, interestingly, are the group least likely to develop fatty liver disease since this gene is less common than among Hispanics. Caucasians lie inbetween Hispanics and African Americans in their ability to develop fatty liver disease. You may click here to read the details in the 2008 scientific journal, Nature Genetics. For those of you interested in scientific jargon, the gene is PNPLA3. Chromosome number 22 is of specific interest. Some members of four generations of an obese family may carry this gene. Those who carry two copies of this type of gene will get a very sick fatty liver. Those who have only a single copy of this gene, will remain slightly healthier. This gene is inherited.

Fructose travels straight to the liver and is strongly associated with a rise in obesity. Corn syrup contributes fructose. Obesity is associated with fatty liver disease. Carbohydrates add to the problem.

Another ethical question: what is the role of society and community when they observe a person getting super obese? Does one tell them about the connection between this gene, obesity, role of fructose and carbohydrates leading to fatty liver disease?

Did you know that your medicine might damage your nerves?

You take medicine to cure an illness. Did you know that your medicine might have a side reaction? Most people may not get serious side reactions and can tolerate their medicine and begin to feel better. Very few, however, may get a side reaction called peripheral neuropathy or numbness of fingers from nerve damage. In most cases, stopping the medicine will stop this damage.

If you want to read more about what to do if your fingers feel numb after taking a certain few prescribed drugs, then click on the title of the following excellent current scientific articles, which are not too unpleasant to read because they are so full of simple facts. However, always consult your doctor since the risks must be balanced with the positive aspects of taking this medicine.

Many more agents are suspected of causing neuropathy than discussed. Despite the lengthy and fastidious drug approval process, rare and idiosyncratic causes of medication-induced neuropathy may only become evident after wide-usage. Medication-induced toxicity should be at least considered in new cases of neuropathy including apparent idiopathic forms. Also importantly, patients with existing neuropathy of known or presumed cause should have their current regimen and planned therapy considered for potential neurotoxicity. Some preventative agents against chemotherapy toxicity show promise, but none are yet approved for routine use against neurotoxic effects.

Current research has shown insight into the mechanisms of nerve damage caused by the platinum agents. After entering the DRG, the platinum agent forms an adduct with DNA. Apoptosis has been observed in DRG neurons following cisplatin treatment both in vitro and in vivo (31) and is correlated with increased platinum-DNA binding in these DRG neurons (31). Oxaliplatin and cisplatin differ in their severity of neurotoxicity to the DRG. Cisplatin produced about three times more platinum-DNA adducts in the DRG (32) than equimolar doses of oxaliplatin, consistent with clinical observations that cisplatin is associated with greater neurotoxicity.

Purpose:Sensory peripheral neuropathy is a common and sometimes debilitating toxicity associated with paclitaxel therapy. This study aims to identify genetic risk factors for development of this toxicity. Experimental Design: A prospective pharmacogenetic analysis of primary breast cancer patients randomized to the paclitaxel arm of CALGB 40101 was used to identify genetic predictors of the onset and severity of sensory peripheral neuropathy.

Why the same drug acts differently in two people: how your NAT2 genes dictate the drug’s action in your body

Two people are in pain. Both of you take the same drug; one of you feels in less pain faster than the other. How? Why? The answer, that your genes may be different is making the drug manufacturers wonder if they can take better care of your health by first requesting a genetic test. Could it be, that a drug might be personalized to work just for your genes? Sure, say most drug manufacturers. The advantage would be that there would be fewer bad reactions from two people taking the same drug with exactly similar prescriptions, but with one person showing side reactions, while the other is simply fine.

Personalized Medicine
Many factors control why you respond differently to the same drug from another person. One is the gene factor. Allow me to enlarge upon a single gene called NAT2. I choose this gene because it is my favorite gene. It explains so much so simply. When a drug company develops a drug through clinical trials it tries to judge dosage by weight and height and more complex formulae. None, however, take into account that the genes may have subtle differences, although the drug companies may have researched and stored this data. Today, a drug company sells one drug to all people. Soon the day is coming when the drug company will ask you, “How do you want your drug?” Well, not exactly that phrase. They will test your genes, figure out what your body can tolerate and then calculate a dose close to what you should be able to tolerate.

Here’s how one gene controls your body’s drug reaction
Genetic variability in the NAT2 gene has long been recognized to be the cause of differential ability to metabolize a variety of medicinal drugs. The NAT2 gene produces an enzyme mainly in the intestine and liver. It detoxifies through arylhydrazine compounds. NAT2 gene produces important enzymes that breakdown drugs for major diseases like tuberculosis. Some people have a variation of the NAT2 gene that may make them more susceptible to bladder cancer. Which means that if you have a different variation of the gene you may rest assured you may never get bladder cancer, no matter what you eat or which water you wade into.

The NAT2 gene will control your destiny.  Soon, perhaps, NAT2 gene will be a household word, discussed just like your high blood pressure or baldness in the family. Either you have the NAT2 gene that is a drug manufacturer’s dream, or can never have bladder cancer, or have to have a personalized drug manufactured for your ability to breakdown the drug for your disease. You will care to know more about this gene. NAT2 is already working inside you. Are you working for your own NAT2 or your neighbor’s NAT2 is the question?