What is the status of blood cancer or leukemia research and stem cell therapy today?

Most of us know someone or have heard of someone with blood cancer or Leukemia.  Some times, it is difficult to hear that a four year child died from blood cancer.  It is harder still to hear about the cancer clusters that develop in certain countries and in particular states. 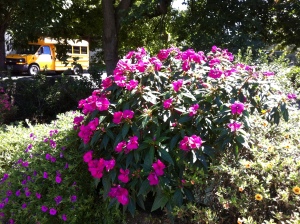 The Centers for Disease Control (CDC) had begun to compile a list of cancer clusters in USA which you may read by clicking here. It lists three clusters of childhood blood cancers. In 1997 to 2001, Churchill County, Nevada, Siera Vista, Arizona and Toms River, New Jersey reported a significant increase in number of children diagnosed with acute lymphocytic leukemia and acute mylocytic leukemia. The goal was to identify possible triggers associated with the rising rates of blood cancer in children. You may click here to read how the small community of Woburn, MA, with a childhood leukemia rate higher than the nation’s average collaborated to solve the silent health risks of environmental contamination. A blockbuster movie has highlighted such a cluster.  An energized scientific community is committed to the study of blood cell production and it has already resulted in one of last century’s scientific breakthroughs – Stem Cell Therapy.  The search for leukemia triggers continues, to prevent the unnecessary loss of innocent children. 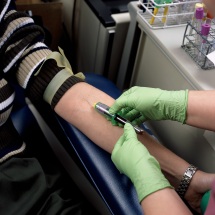 Leukemia is diagnosed often during a routine blood count check

Their job becomes difficult when some pediatricians, especially when faced with a cluster of children with early stages of blood cancer, fail to recognize the symptoms until it is too late to save their lives. Toddlers have several ailments in their little lives and the doctor generally mistakes early symptoms of blood cancer for a far lesser evil like fatigue. How is a doctor to even suspect that he/she may be faced with a cluster of children with not fatigue but blood cancer? It is hard for a doctor to imagine that a number of children in his/her practise may have blood cancer.  Early leukemia detection is critical for favorable treatment outcome.  So, researchers are trying to develop early blood cancer detection tools and therapy compounds.

Blood Cancer Stem Cell Therapy Scientists
Hematopoiesis is the term applied to the myriad processes in blood cell production. A culmination of the blood cell research by several scientists over several years led to a profoundly beneficial medical therapy for leukemia or blood cancer, namely blood stem cell transplantation. This activity of forming blood cells using stem cells is a tremendous scientific milestone of the last century and will save the lives of many. Several limitations remain, which are discussed here, and future research is focussed on overcoming these. One of the primary limitations is in virus infection after stem-cell transplantation with virus-specific cell lines.

Stem Cell Research has led to a promising therapy. Unequivocal proof that stem cells exist in blood (hematopoietic system) has given rise to their isolation and their utility studies in regenerative medicine (Read 2001 review).  Stem cells can be grown from embryonic cells or from a patient’s own mature cells transformed into stem cells. The ultimate goal is to take a person’s own cells, and transform them into the spcific cell/s the patient needs most. Say, a blood cancer patient needs more blood. Instead of requesting blood donation, the patient’s own stem cells for blood can be developed and injected right back into the bone marrow to make more blood. Since, it originated from the patient itself, there is little immune rejection issues and the patient’s chances of survival are quite good.  Currently, some limitations remain so success is not 100%.

One of the leaders of blood cancer therapy with stem cells is Dr. Irving Weissman of Stanford University, who is among the pioneers in this field and is determined to save many lives by creating a standard for stem cell therapy. He is confident that personalized stem cell therapy for leukemia, using the patient’s own cells for a source of blood regenerating stem cells (to lower rejection rates) for complete remission, is an attainable goal. He isolated the human hematopoietic stem cell and his lab discovered a novel method to transplant blood-forming stem cells into the bone marrow. In a 2011 Nature article, which you may click here to read, Irv discusses the difficulties his team encounters fourteen years after the first patient got a stem cell transplant.  He is focussed on treating the AML patient.

Another, who may soon become a leader among stem cell biologists is George Daley, MD PhD of Harvard Medical School and Boston Children’s Hospital. 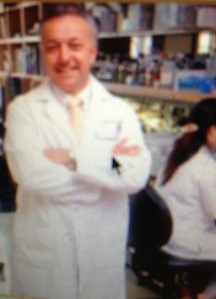 He coauthored the latest 2013 review, “A blueprint for engineering cell fate: current technologies to reprogram cell identity“, which he claims is already outdated because the field of stem cell engineering is moving so quickly. George says in a NOVA interview that induced pluripotent stem cells (iPS) have all the properties of embryonic stem cells and can be made quite readily from specific patients. But limitations of iPS cells include the fact that viruses are used to make them. He envisions scientists studying many kinds of stem cells including embryonic, iPS and direct conversion to cell of interest, with stem cells isolated from many sources, not just embryos. Scientists use various regulatory factors to coax stem cells to become specific cells and this field is growing.  The Daley lab focuses on blood/hematopoietic differentiation from human stem cell sources and the BCR-ABL oncoprotein of chronic myeloid leukemia.  Their primary research area is direct differentiation, where they attempt to bypass the route via pluripotent cells by coaxing a cell to directly become the cell of interest.  They continue to define the molecular genetic programming of cells.  The Daley lab was amongst the first to show that mature cells from a patient’s biopsy are capable of being reprogrammed to an embryonic – like state – a Scientific Breakthrough of the year 2008.   A key direction of future work is in beginning with the purest source of cells, because stem celsl retain the signature of the starting source cell.

One response to “What is the status of blood cancer or leukemia research and stem cell therapy today?”

Comments and Any Questions Cancel reply