Autism in pristine Phu Quoc island of Vietnam – is the rise in numbers simple overdiagnosis?

Phu Quoc is a pristine, mountainous, Vietnamese island, surrounded by sun-drenced beaches and clear, blue water, about 70 miles off the coast of Cambodia.  Most of the island is covered by Phu Quoc National Forest. The main industries are plantations and fish sauce. It hosts the annual Vietnam Kennel Association (VKA) Phu Quoc National Dog Show. The Phu Quoc Ridgeback is a native dog breed with web feet, an island treasure that has thrived on Phu Quoc Island since the 19th century. Yet, Aeir Talk, an App for a communication device for autistic kids, believes that this island would benefit from knowledge that a device to assist Autistic kids exists (Click here for advertisement, by scrolling below to a post by Jav123 on Mar 2012). Why should this remote island be interested in an Autism device? Read about the naval history of this island in Vietnam by clicking here.

Should men be more careful about protecting their sperm before they begin to make babies? Fathers provide the sperm and the mother, as you know, provides the egg and when the egg is fertilized by the sperm the baby results. There is increasing evidence that the father or grandfather may contribute a new genetic change that might be inherited; such a new genetic change when perhaps exposed  to an otherwise harmless environmental pollutant becomes a “toxin” to this child carrying this new genetic change. The grandfather may even pass this new genetic trait through his daughters. Fathers have been cautioned against excessive coffee drinking three months before making babies. Perhaps fathers need to avoid exposure to environmental triggers too? Maybe, strategic research would help to pinpoint such triggers and help prevent more autism related to exposures of potential fathers in the future. History cannot be changed but our society is quite capable of taking action when inspired. Read Lynne Peeple’s Huffington Post article (May 2012) on the rising rates of autism by clicking here.

Rise of Autism in some countries

Here is an article detailing and discussing the rise of autism in Vietnam. Among Asian countries, this country appears to have far higher rates. Is it simply a matter of higher diagnosis? You may click here to read this brief article (March, 2013) in a China Weekly newspaper, on the city of Hanoi, Vietnam. This may be of interest to international researchers of Autism. Why Hanoi? Hopefully, even searching for an answer in Hanoi will lead researchers closer to factors that might trigger ASD.

Is the rise of Autism simply overdiagnosis?

There is no doubt that some cases of ASD are simply over diagnosed. However, once you have been in the same room, train, class room, event with a kid (mostly boys) with even an average level of ASD or worse autism, even as a non – psychologiist you will know that the child needs help. The uneducated citizen might request that this child be punished for “misbehavior” or request this child “shut-up” or “stop shuffing people or yelling”. Those aware of ASD will realize this is a child with autism or aspergers and intervene on behalf of the child. As those educated about this growing issue of ASD know, this child’s mind is fully knowledgeable and understands but cannot control his/her actions. Give the child an ipad and this child will communicate to those in the room and may even apologize but unable to stop the movement or noise causing the discomfort to the public. As a society, together we can help prevent future suffering. We are losing our boys and some girls. Your opinion matters. If you suspect any factor that could be contributing to the growing rise of autism/asperbers/allergy/ASD do not hesitate to share. None of us want to lose the advantages of modern conveniences. We cannot imagine life without cars, trains, and automobiles, aeroplanes and modern industry, modern agriculture and green lawns without weeds. Yet, since progress must come with side effects, let’s discover how to live together safely, among these industrial advantages. We are quite capable of dealing with and preventing side effects.

Which other countries have higher rates of Autism than their neighboring countries?

Which countries have similar health and hospital facilities and yet have higher levels of Autism? There have been indications that areas with higher automobile oil manufacturing chemical waste, may have higher rates of autism or childhood leukemia. Some elementary classrooms in such locations have several children arriving to school in wheelchairs with juvenile rheumatoid arthritis or many parents waiting together outside a local pediatric hospital which had not timely diagnosed their infants with childhood leukemia; four year olds were dying. Autism aids are in many such classrooms. Is there a connection? Can some action steps put in place protective and preventive features perhaps in the local water system or the herbicide spraying system in home lawns to protect possible harm to the sperm and egg? Would there be a connection with such chemical waste and a carrier of the new genetic inherited trait? If you have answers or suggestions do share.

Why is there little Autism in under-developed countries?

The G-proteins, the connector proteins that try to prevent autism spectrum disorder. 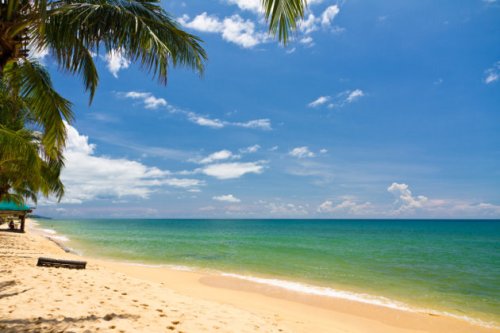